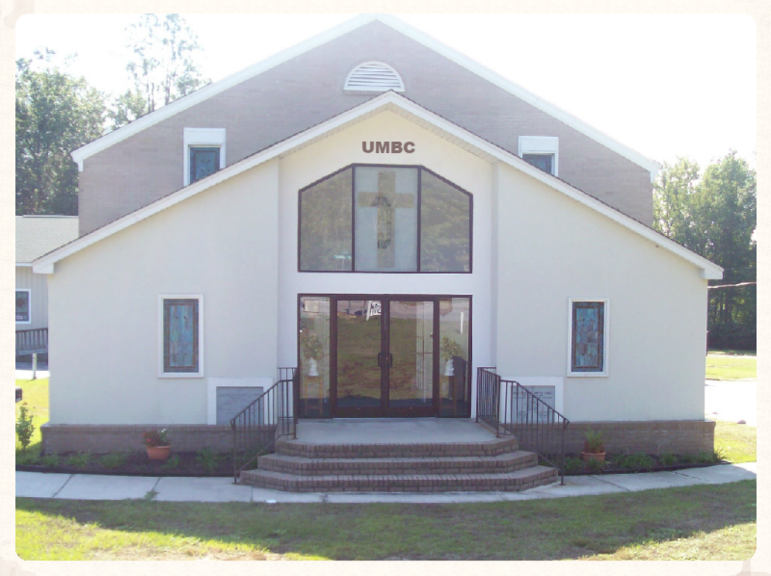 Unity Missionary Baptist Church was founded May 14, 1985 by a group of believers in Christ. This small group of believers met in different homes for Bible Study and Prayer Meetings. Those involved had come from a number of different congregations within the Columbia area. They were involved in offering support for a new fellowship and there was a sense of unity in the desire to seek the Divine leadership necessary for the formation of a new church, thus the name Unity was adopted. One of their main topics of discussion came from St. Matthew 16:18, "Upon this rock I will build my church, and the gates of hell shall not prevail against it." These are words of a builder who is qualified and can guarantee results. When the Lord builds our lives, we can triumph over lies, over deceit, over hatred and even the ways of the devil. When the Lord builds our lives we can grow strong in the Lord and in the power of His might.

With blessings from the Lord the congregation increased and services were held at the YWCA, 1505 Blanding Street, Columbia, SC. The first Sunday in October 1985, the first church services were held. Special recognition goes to the Founding Pastor and First Lady, Reverend & Mrs. James Mixon, who held his pastorialship until his resignation, August 14, 1993. His earthly journey ended on Friday, November 21, 2003 at Providence Hospital after a brief conversation with his wife. Let us nurture them with love, care, and faith in God, for they are an important part of our future.

January 12, 1994, God called Reverend Samuel Rice to be the shepherd of His flock. He served faithfully in this position until his resignation on March 20, 1996. We must always remember that God always have someone to stand in the gap. When Unity was without a pastor, Reverend Joseph Felder, was there to fill the void. Reverend Felder has served willingly and faithfully and continues to be on the battlefield for the Lord. He was known as the Ol' Warrior. He departed this earthly life on Wednesday, March 5, 2015.

April 20, 1996, Reverend Sonny Bridges, was called to be the shepherd of His flock. Under his leadership the church experienced much growth. The year 1999 - 2000, God had blessed us in the renovation of our sanctuary. We added central heat/air, tables and chairs, copy machine, completion of the baptismal pool, sound system, paved parking lot, sprinkler and alarm system, cushioned pews, carpet, and stained glass windows. September 1999, we began clearing the land behind the sanctuary for our new addition.

February 18, 2001, a Groundbreaking Ceremony was held for construction of our new church building. This groundbreaking has given us an opportunity to express gratitude for our founders, set goals for our ministries and build for future generations. We are truly thankful to God from whom all blessings flow, for He has truly looked down on this church and smiled. Our honorary guests were Rep. Jimmy Bales (House District 80), Bernard Fripp of Chuck Ruff Realtors and a live broadcast from WLTX Channel 19 News.

October 14, 2001 to April 14, 2002, church services were held at Southeast Middle School in Hopkins, SC, until the new construction/renovations were completed. Bible Study was held at Zion Pilgrim Baptist Church, Hopkins, SC. On April 21, 2002, we held our first worship service in our newly constructed/renovated sanctuary and concluded with the celebration of the pastor's 6th anniversary.

May 26, 2002, Dedication Services were held. We thank God for His goodness as we celebrated and dedicated this house to Him.

August 8, 2002, Unity Child Development Center (After School Program) was initiated under the direction of Minister Janice Bridges. The center is committed to providing the best scholastic programs, geared to meet individual needs in an environment which foster Christian values and stimulates students to reach their fullest potentials.

January 2003, P.E.P. (People Enjoying People) Senior Ministry was given birth under the direction of Sister Rosa Weathersby. This ministry seeks to provide programs and ministries that meet the needs and interests of older adults in their journey through life. This ministry host weekly food drives.

September 13, 2009, Rev. Dr. Sonny Bridges, resigned as pastor and Evang. Rosa Scott was appointed to serve as Interim Pastor. Since that time, Evang. Scott has been a faithful servant and visionary leader. She established the 2010 church theme as "Moving Forward With Confidence" ~Isaiah 40:25-31 and in 2011, Evang. Scott recognizing the need to lift the morale of the congregation at large, instituted the church theme as "Moving Forward With A Praise Of Confidence" ~Psalm 150:1-6.

February 2010, Compassionate Care Ministry was initiated under the direction of Sister Matalie Mickens. This ministry provides comfort and consolation to bereaved families of our congregation through assistance with repast, visitations, and telephone calls.

May 2010, transportation has been enhanced through the purchase of a 15 passenger van. The van ministry provides needed transportation to church services and church related functions. (Luke 14:23)

May 9, 2010, Mother's Day, Mother Jennie Mixon and Mother Ida Fleming were honored as our church mothers. It was a pleasure that Unity honored two women who contributed so much to our lives. What a blessed day in the Lord! December 9, 2017, Sister Dorothy Harris was honored as being a church mother.

August 2010, the Pastoral Search Committee (PSC) was initiated. We began the process of searching for a new pastor. Prior to beginning its work, the PSC did a number of things. First, the PSC sought input from the congregation regarding the profile desired in a new pastor. Next, the committee identified the church's strengths and weaknesses. With this information in hand, the PSC began its work in earnest. The pastoral vacancy was advertised throughout the state. Numerous candidates applied.

The Todd Williams Memorial Fund was established. Funds will be utilized to offset the cost for a security system. On February 18, 2011, an alarm system was installed for added security to our church in loving memory of the late Todd N. Williams.

January 8, 2012, Reverend Michael Fullard, was elected  for the pastorialship at Unity for his hard work, dedication and willingness to continuously be used as a vessel, the Lord blessed him with a charge and he accepted the charge as pastor of Unity Missionary Baptist Church, Hopkins, SC. We honor the service and accomplishments of our pastoral leadership and bless God for blessing us with such a dynamic and priestly presence. A man of God called by God, a firm believer of God's word to include his faith scripture, "I can do all things through Christ Jesus which strengthens me." (Philippians 4:13)

Four Roses General Partnership donated to Unity the first lot on the left on Greenlake Drive that runs behind the church property and front on Greenlake. The owner thought that it might be of use to the church to have this additional property. Unity accepted the charitable donation from Four Roses General Partnership and the deed of the deed of ownership was transferred from Four Roses to Unity Missionary Baptist Church. Attending the closing were Elonda Mack, Carlton Mack, Melvin Goodley, and Rosa Weathersby. The settlement was signed on June 28, 2012. Let us continue to thank GOD for His goodness.

Under the leadership of Rev. Fullard, a Program Committee was initiated in July 2013. Volunteers were asked to work on this committee and the chairperson, Sister Rosa Weathersby, was recommended by the pastor. Our responsibilities includes: working with the pastor on the yearly calendar, plan church programs, and assist each ministry.

June 2014, Sister Donna Pinckney, Chairperson of the Decorating Committee along with other church auxiliaries and volunteers began beautifying both the interior and exterior of the church. Projects involved painting, remodeling, restoration, renovation, and needed repairs and maintenance. Their goal is to make our sanctuary as beautiful as it can possibly be.

Children Church restarted in April 2015 under the direction of First Lady Gloria Fullard. Children's Church are classes held on Sunday's that are specifically structured to teach God's Word on a child level. Our goal with each child is to teach him or her to love God and others, to encourage him or her to serve God and obey those in authority, and to train him or her in the way God requires. There has been a tremendous increase in students attendance. We have seven teachers and four assistants. May 2016, classes were split to accommodate the growth. March 2019, Kenya Brunson was appointed as Youth Director.

Many people have come and gone. God used most of them in a great way while they were here. Now we who are here are writing the next chapter. What we do next will be recorded on earth as it will be in Heaven. The future looks even brighter than the past.

No one can deny that God has brought us a long ways and it has not been an easy journey. Yet, there remains a lot to be done. We are proud of our history and accomplishments. A history is never finished; for as we live each day, more pages are added. It's called The Future...and Unity will share in it.